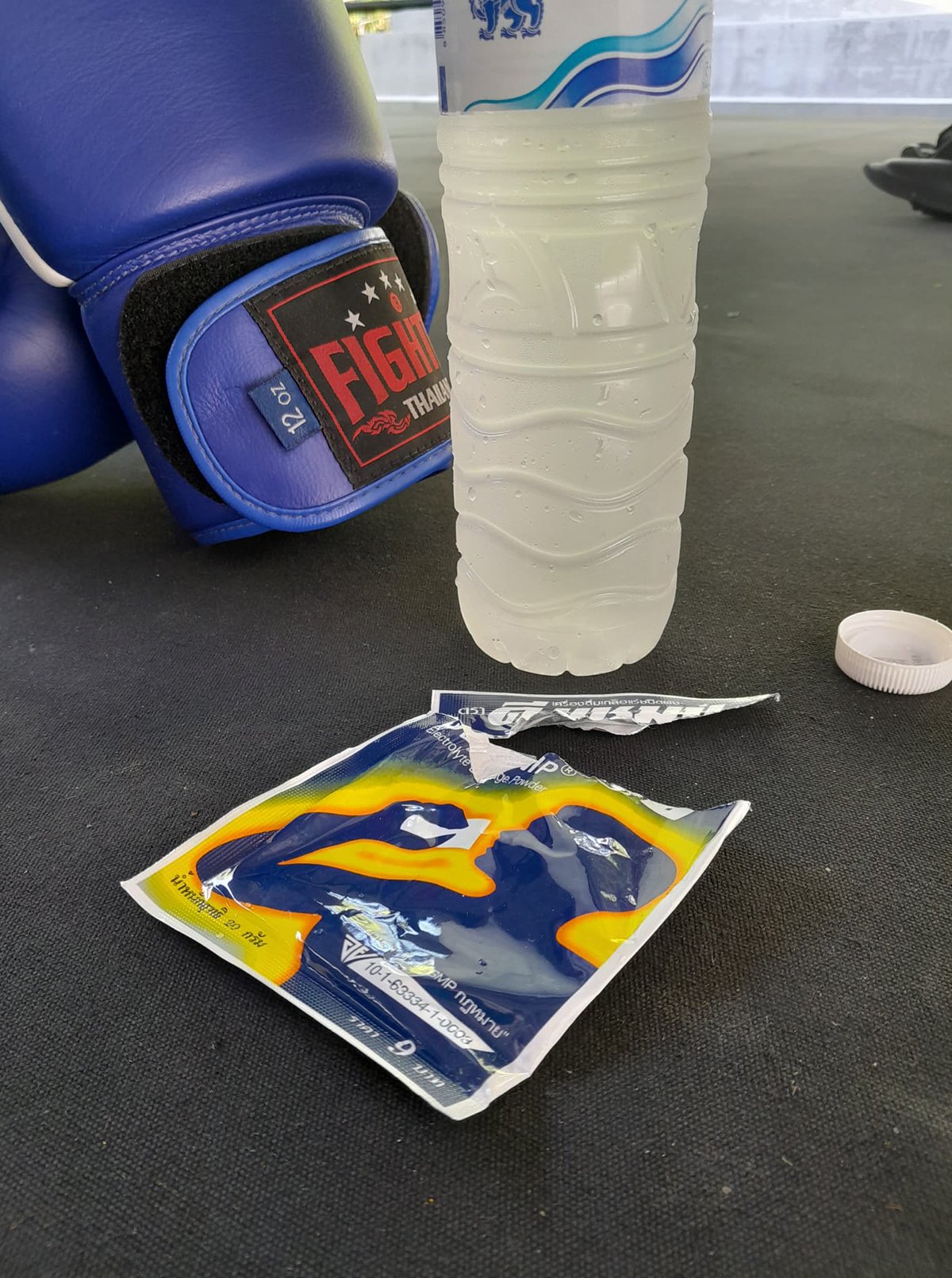 Electrolyte supplements are everywhere. Do we really need them when we train?

We have all seen the brightly colored orange, yellow and blue drinks in water bottles throughout the world of fitness. They are ubiquitous in gyms and athletic training facilities everywhere.

No doubt you have seen tennis players at a hot Aussie or US Open on every break eat a few slices of fruit, take a bite of a banana and a few sips of some colorful liquid. They do it without fail after every second game and between sets. They are following strict protocols to replenish the electrolytes being lost as they play. This allows them to continue for those long grueling matches that at times last for 5-6 hours.

But do we really need to supplement electrolyte powders when we are doing physical exercise? If so, when? And how often? How much? And which of the many on the market are the best?

Here we will take a look at these questions and more and then review one of Thailand’s most popular and recognizable electrolyte powders- the Dechamp Electrolyte Beverage Powder.

What is an electrolyte?

Technically speaking, an electrolyte is a scientific term relating to a chemistry lab and is way more confusing to the non-scientifically minded than I care to go into. For the purposes of fitness and nutrition, an electrolyte is a mineral dissolved into a liquid creating ions which are either positively or negatively charged. The different ions primarily help ensure the correct amount of fluids both inside and outside of our body’s cells. But they also serve other functions such as regulating the heartbeat (important), stimulating the contraction of other muscles and maintain the body’s proper PH levels so that we become neither too alkaline nor too acidic.

Where do we get electrolytes?

We normally get our electrolytes from food. Again, these are the dissolved minerals that release ions (charged particles). The ones that are most important to us are the electrolytes from sodium, potassium, magnesium, calcium and phosphate. We know that some of the minerals have important functions in the body (i.e., calcium is vital for bone growth), but the charged ions from these dissolved minerals have different functions.

The normal eating and metabolic processes suffice in providing enough electrolytes to get us through our days. However, when we physically over-exert ourselves creating sweat, we lose electrolytes through the sweat glands. And, depending on how long, intense and perspiration-inducing our workout is, we may need to replenish some of these supplements. 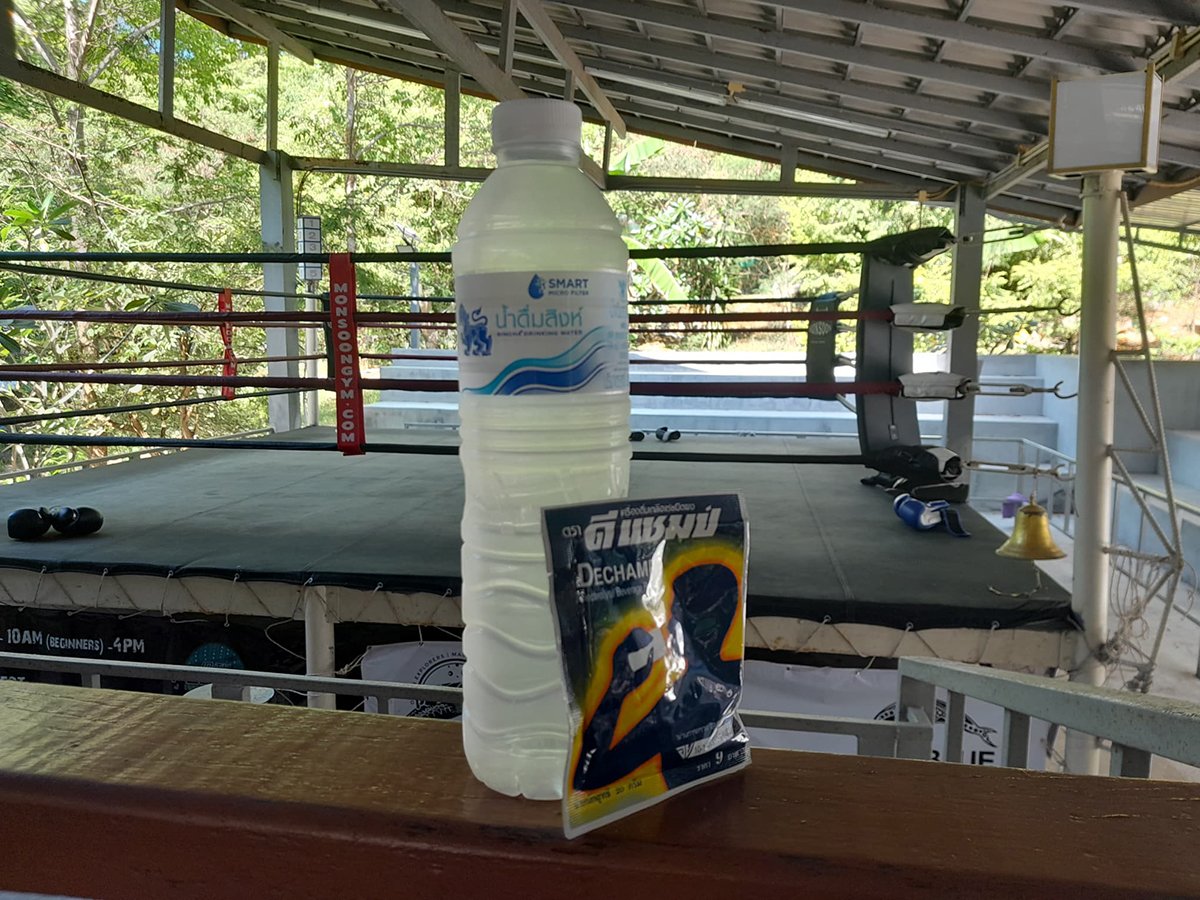 How much do you lose through sweat?

Again, it depends on your activity. As I write this, I just read of an F1 race at a hot track in Paris where Lewis Hamilton is said to have lost up to 3kg (3 liters) in sweat because his automatic drinks bottle malfunctioned! And that race lasted just an hour and a half. So, you can imagine that a basketballer, football player or professional fighter will produce even more sweat over the course of a workout.

Should I always use an electrolyte supplement?

If you are doing a light to medium workout, say in the gym or doing a quick HIIT or Tabata workout, it probably is not necessary to supplement your electrolytes. It won’t hurt you to mix a sachet of electrolyte powder into your water bottle to improve the test, but be aware that many of these powders tend to be fairly high in sugar.

How can I know when my electrolytes need a boost?

Although they are incredibly important in our natural body processes- in fact, without them, we would die- the fact that you are upright and breathing right now would indicate that you do have at least the bare minimum of electrolytes in your body. As our bodies start to lose electrolytes as a result of heavy perspiration through exercise, we can have a multitude of symptoms depending on which electrolyte levels are low and how low they are.

Generally speaking though, any of the following symptoms resulting from heavy exercise and sweating could point to a possible electrolyte imbalance…

In severe cases, this can lead to seizures and death. However, that is rare in people whop are otherwise maintaining a regular diet.

Most athletes would have experienced some or all of these symptoms at one time or another (with the exception of death!), and it is safe to say that an electrolyte imbalance may have been at the root of those symptoms.

How do I avoid an electrolyte imbalance?

The best way starts with nutrition. Eating a healthy diet with lots of leafy vegetables, grains, proteins and fruits will make sure that we get enough of the minerals into our body in the first place. As these minerals dissolve in our digestive processes, the electrically charged ions (electrolytes) are released and are used in the various body systems that require them. The best way to AVOID an electrolyte imbalance is to make sure you eat a healthy diet.

So, I should always take these supplements?

In life, there are few absolutes. Undoubtedly they are useful. In the right circumstances they are hugely beneficial. But you may not necessarily need an electrolyte supplement every time you train. This is where “listening” to your body becomes a useful art. The sachets are high in sugar. So that is a definite turn off for many people- especially diabetics. There are definitely some empty calories in these sachets.

Some people may have a hard time replenishing fluids during a workout. That is, drinking enough water without feeling heavy or waterlogged becomes difficult and hinders performance. For those people, adding an electrolyte will help them increase the usefulness of any fluids they are to consume.

Are all electrolyte powders the same?

No. That would be too easy. Probably the main electrolyte that we need when doing a heavy training session is sodium. Every powder on the market will contain this electrolyte. Potassium is another big one which most will also contain. Beyond that there could be any number of mixtures. 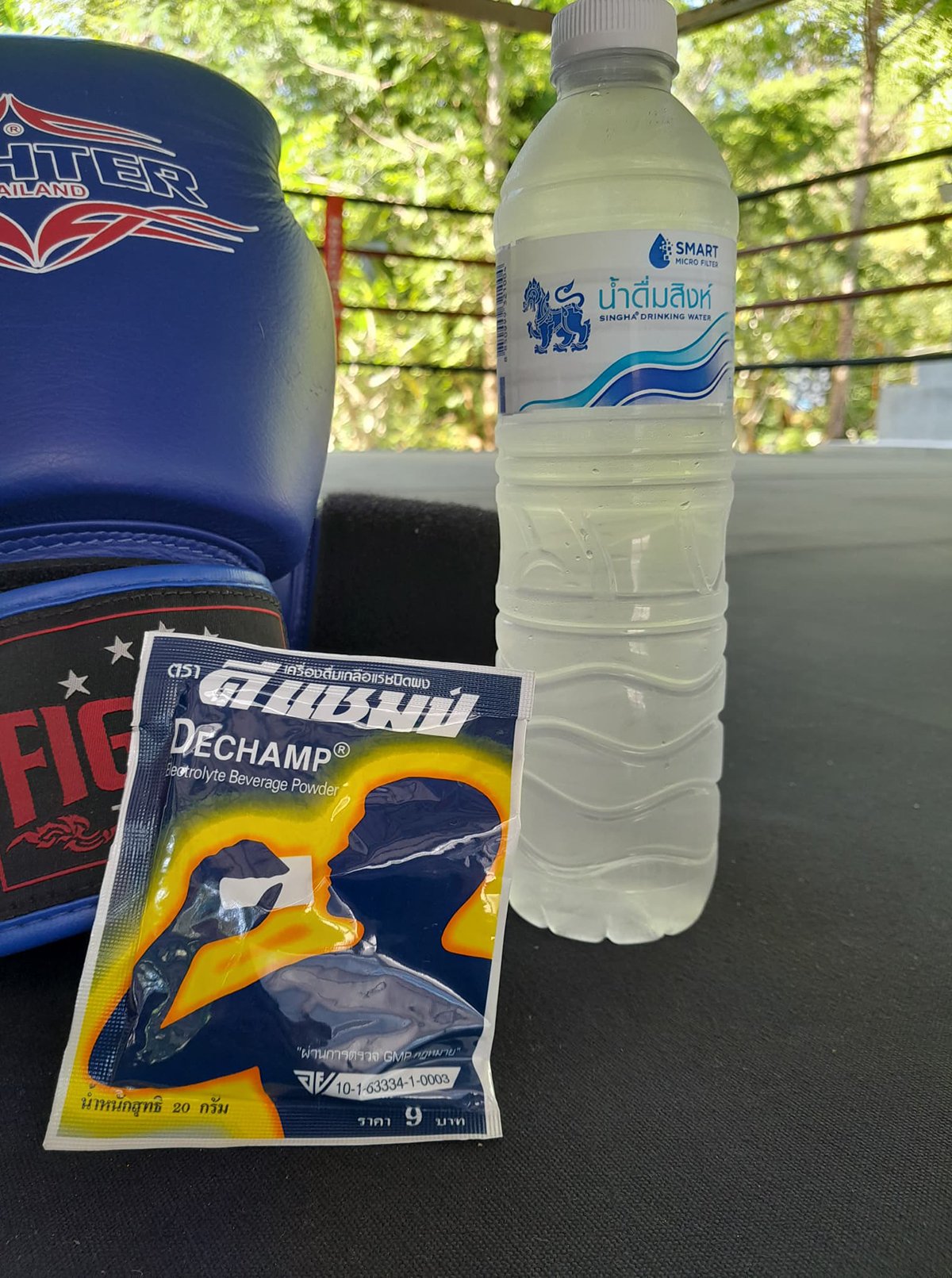 The Dechamp offering is one that is easily available in Thailand. It is produced by Five Pagodas Pharmacy Co., Ltd. Just outside of Bangkok. There are a few different flavors- though it doesn’t really say on the labeling. One comes in orange packaging, looks orange when added to water, and funny enough, tastes like an orange flavored drink. It is a bit on the sweet side for me, but it is very drinkable. The other one that is found is in a blue package. The taste is a bit more tangy and goes down easier. It’s almost like a lemonade in appearance and taste. Really nice and refreshing.

The sachet says (in Thai) that it should only be used in combination with heavy physical exercise and you should not exceed four sachets in a single day. Both boast the same ingredients on the label.

To this point, we have been able to explain in layman’s terms what an electrolyte is. However, I cannot begin to explain the term mEq, the measurement that most of these contents are given in. The internet explains that an mEq is often used with electrolytes and is the relative chemical activity to 1 mg of Hydrogen. So, I’ll just leave it there.

Sodium, Potassium and bicarbonate are the three mineral ions found in the Dechamp Electrolyte Beverage Powder. That is, in itself good, but doesn’t include the wide range of electrolyte ions. Notably missing are magnesium, calcium and phosphate.

Through some internet sleuthing, I have not found that any electrolyte supplement includes the full range of electrolyte mineral ions. But most include the ones listed on the contents of the Dechamps Powder. So, I assume that these are more-or-less the important ones. I say this with the confidence of a child with an active imagination and little empirical evidence.

I had always assumed that these drinks number one benefit was to add a bit of flavor to your water to help you to replace the water lost through sweat during physical exercise. That is obviously not the case and there are some scientifically principled benefits.

As a Muay Thai, Boxing and fitness trainer, I’ve got to admit that this article has been a bit of an eye-opener for me. Electrolytes in general, and the Dechamp Electrolyte Beverage Powder, in particular, are going to be a part of mine and my student’s workouts in the future! 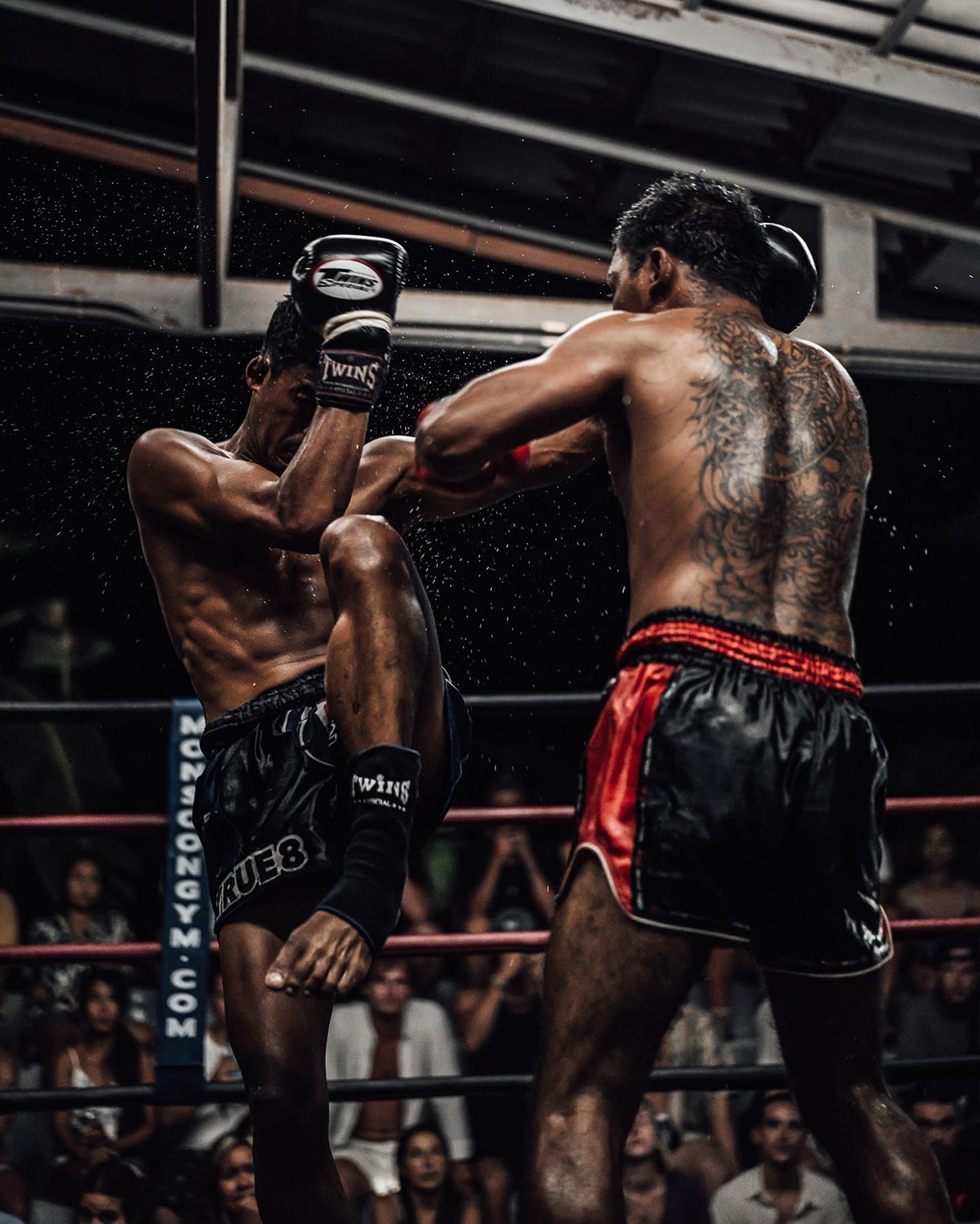