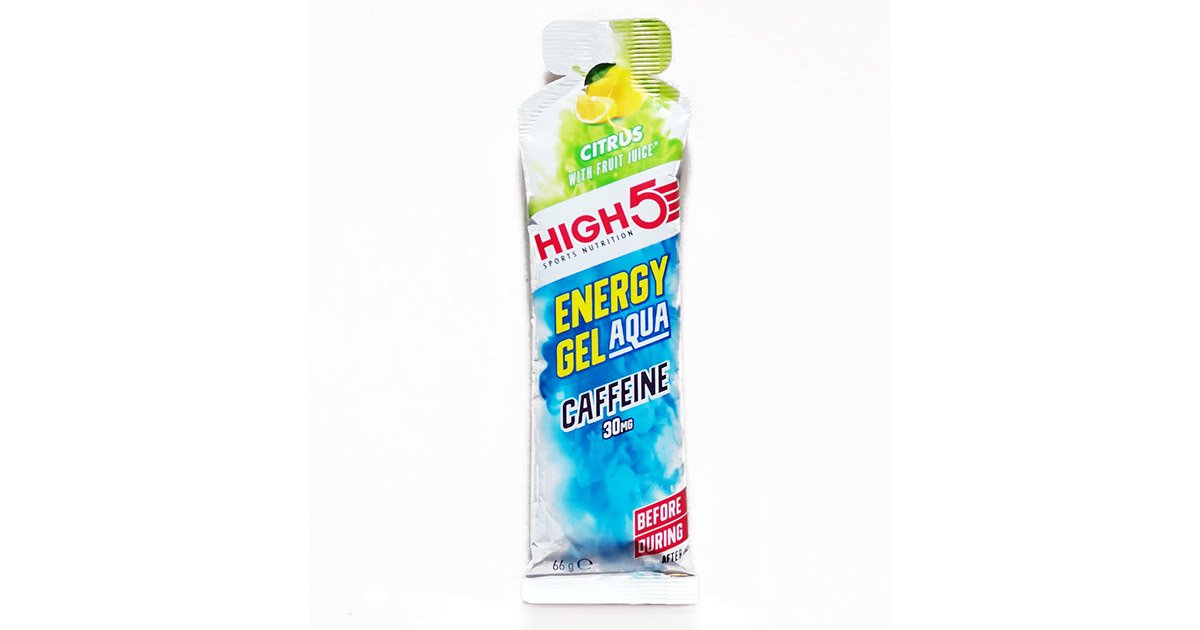 Launched by two triathletes back in 1994, High5 is a sports nutrition firm based in Brighton, UK. The company website declares the much-repeated spiel that products are designed by athletes for athletes.

As you might expect with any prominent sports nutrition brand, High5 is an active supporter and sponsor of multiple pro teams, athletes, and events across a gammet of sports. Interestingly, High5 is already well-known in martial arts by partnering with the GB Taekwondo Team to support nine full-time athletes. High5 products are used during both training and competition, with the Taekwondo team consuming energy gels, electrolytes, energy bars, and recovery drinks. High5’s website mentions that some athletes prefer their energy gels with a kick of caffeine.

Reading the About Us section of their website, High5 claims several significant firsts in sports nutrition:

The packaging of energy gels must be inert and rugged to keep the product fresh. However, this makes the packaging materials used to create energy gel sachets notoriously hard to recycle.
High5 recognizes this issue and has partnered with TerraCycle to provide recycling solutions.

TerraCycle specializes in dealing with hard-to-recycle materials. High5 makes an effort to collect spent packaging and deliver it to TerraCycle for recycling.

If you attend an event that is being supported by High5, keep a lookout for their special recycling bins.

For the 99.9% of us to whom that doesn’t apply, if you purchase High5 Energy Gels direct from the manufacturer’s website, the gels come with a pre-paid envelope to return used energy gel sachets back to High5 for recycling. Nice 😉

In this review we focus on the 66g High5Energy Gel – Aqua – Caffeine – in Citrus Flavor.
High5 has a lot of innovative energy gel alternatives available, including:

Aqua Energy Gel Range:
These gels contain real fruit juice to give the gels a lighter consistency. This has the advantage of being able to take the gel without water, (which High5 says can be a great option for beginners). The Aqua energy gels bridge the gap between sports drinks and energy gels.
High5’s Aqua Energy Gels are available in two versions:
With Caffeine: Berry or Citrus
No Caffeine: Orange or Berry

Regular Energy Gels
Akin to energy gels you are likely to have encountered in the past, where the gel must be consumed with water. Again, two versions:
Caffeinated: Raspberry or Orange
Non-caffeinated: Banana, Orange, Berry, Apple & Citrus

Caffeine Hit Energy Gels
The madman in the room 😉 Whilst the caffeinated versions of High5’s regular and aqua energy gels contain 30mg of caffeine, their ‘Caffeine Hit’ variant packs a whopping 100mg of caffeine into the gel for supercharged efforts. Available in tropical flavor.

Electrolyte Gels
Rather than focusing on providing energy, instead, the purpose of these electrolyte gels is to help keep you properly hydrated. Each gel contains 85mg sodium, 40mg Potassium, 57mg Magnesium, and 120mg Chloride. Electrolyte gels are available in raspberry or chocolate flavors.

Which High5 Energy Gel is Better? Aqua or Regular

Your choice of energy gel depends on its intended use.
The Aqua energy gels contain fruit juice, thinning the consistency and allowing them to be consumed as a standalone product. You could consider the aqua gels as being somewhere between a sports drink and energy gel.

Meanwhile, the regular energy gels are thicker, more concentrated, and must be taken with water. But they have the advantage of weighing less, being less bulky, and being easier to carry.

For marathon runners or cyclists, space and weight are at a premium. But in Muay Thai this isn’t usually an issue. So for most Muay Thai fighters, the Aqua version of High5’s energy gels could be the best choice for convenience (and palatability).

High5’s aqua energy gel is made from:

High5’s gels are both vegetarian and vegan friendly and are made using natural flavorings.

No artificial sweeteners or coloring is used.

Since this version of the gels contains caffeine, they are not recommended for pregnant women or children. 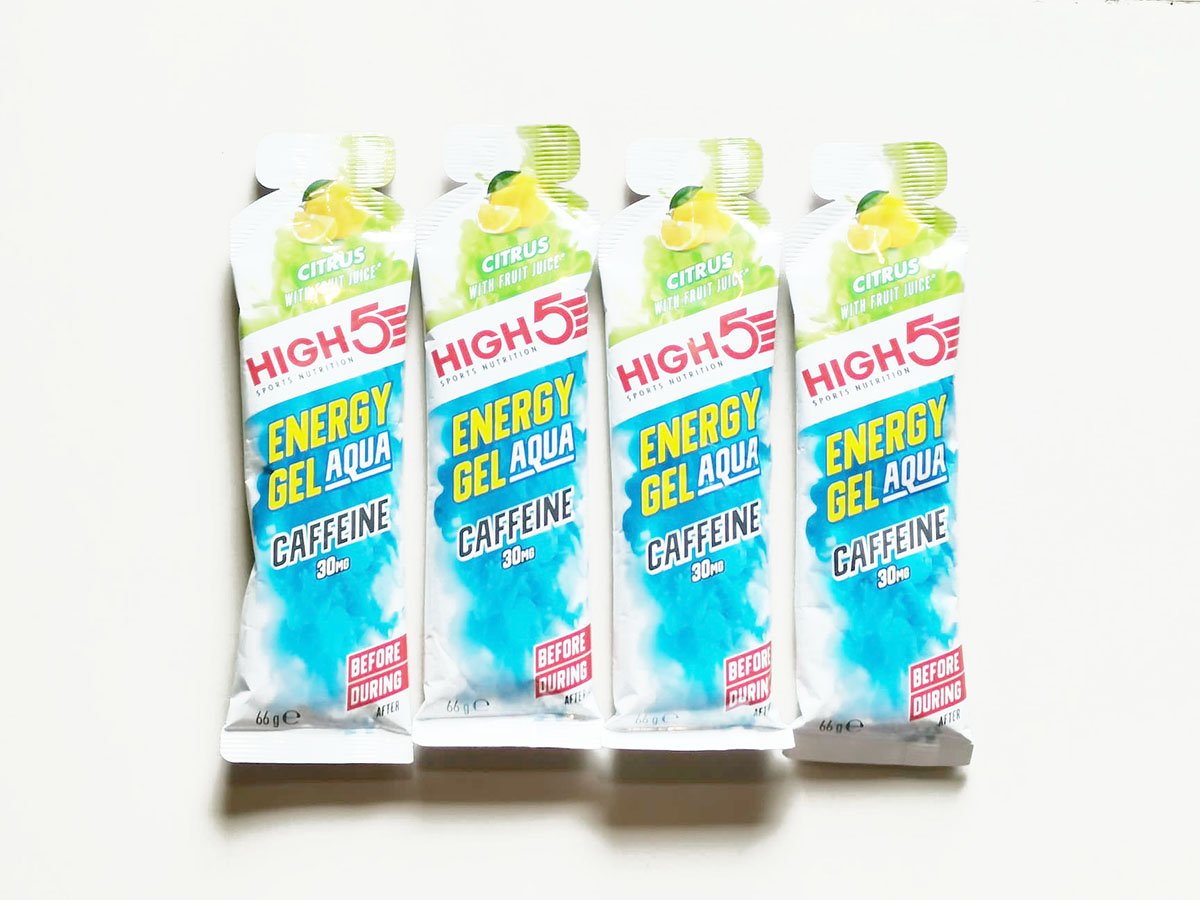 The key ingredients in High5’s Aqua Energy Gels are:

23g of carbohydrates; Presumably from glucose syrup and maltodextrin. Provides 95 calories of energy to fuel your training or competition

30mg of caffeine; Caffeine acts as a central nervous system stimulant and can reduce fatigue, and increase endurance, focus, and muscular strength.

When to Take High5 Aqua Energy Gel for Muay Thai?

High5 Aqua Energy Gels should be taken before or during exercise.

If you are planning an extended Muay Thai workout, High5 state that you can consume up to 3 Aqua Energy Gels per hour.

Just rip the top of the sachet and gobble the contents.

Because the Aqua variant already contains fruit juice it’s not necessary to take water whilst you consume the energy gel. But you should always be conscious to keep well hydrated – especially in the hot & humid Muay Thai gyms of South-East Asia. 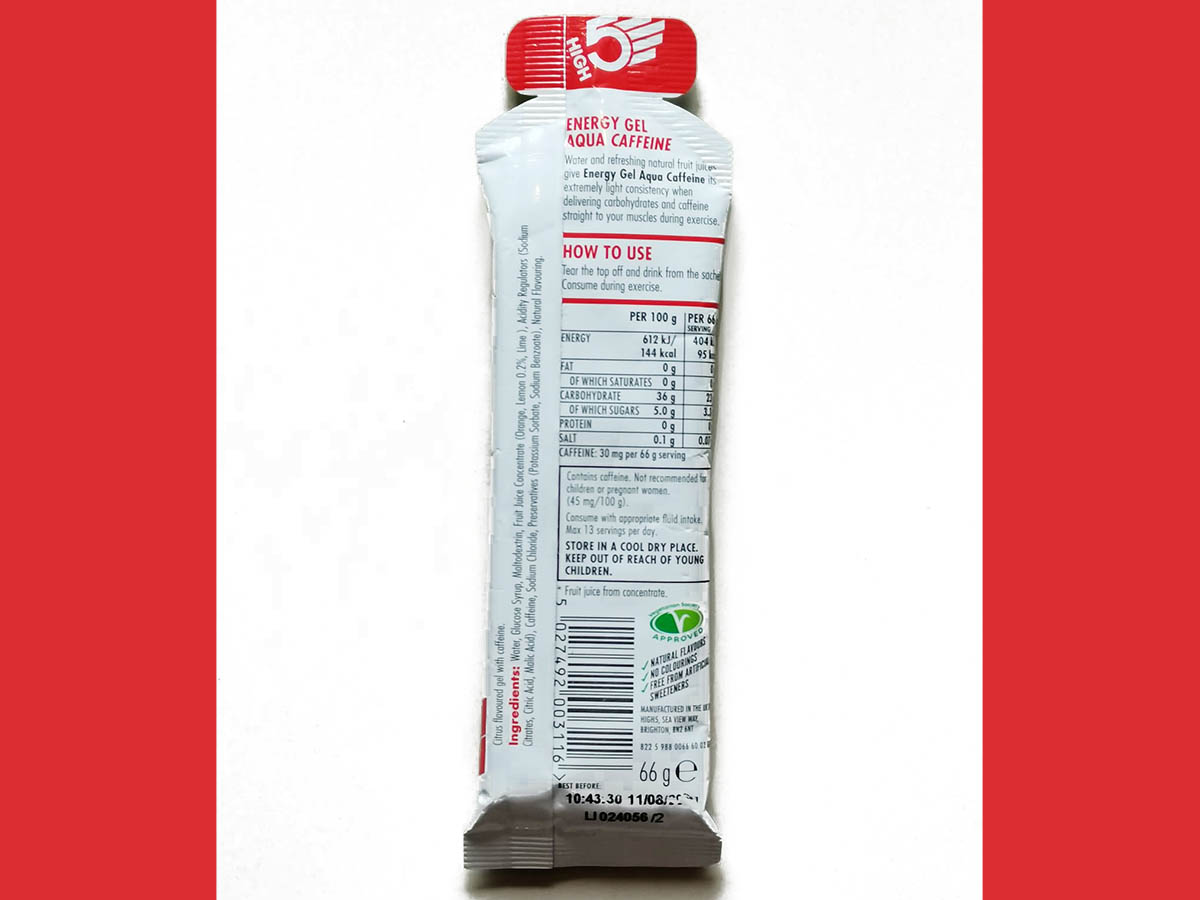 For this review, we tried the caffeinated citrus version of High5’s Aqua Energy Gels prior to hitting the gym for a Muay Thai training session in Thailand. The taste was okay. Neither mind-blowingly delicious, nor stomach-convulsing repulsive. It should be noted that the sample we got our hands on was slightly after its best-before date, so perhaps a fresher gel would deliver a bit more zing.

As promised from an energy gel blended with fruit juice, the consistency was light and easy to swallow without the need for drinking water.

If citrus isn’t your thing, the gels are available in a variety of other flavors too, depending on whether you opt for caffeinated or non-caffeinated, regular or aqua; Berry, orange, banana, apple, raspberry, or blackcurrant.

Where to buy High5 Energy Gels

High5 Aqua Energy Gels are available direct from the manufacturer’s website. You can get a great deal on multi-gel packs containing 5 or 20 sachets. Best of all, but direct from High5 and you’ll receive a prepaid envelope to return used sachets for recycling.

High5 gels are also available on big comparison shopping websites such as Amazon. 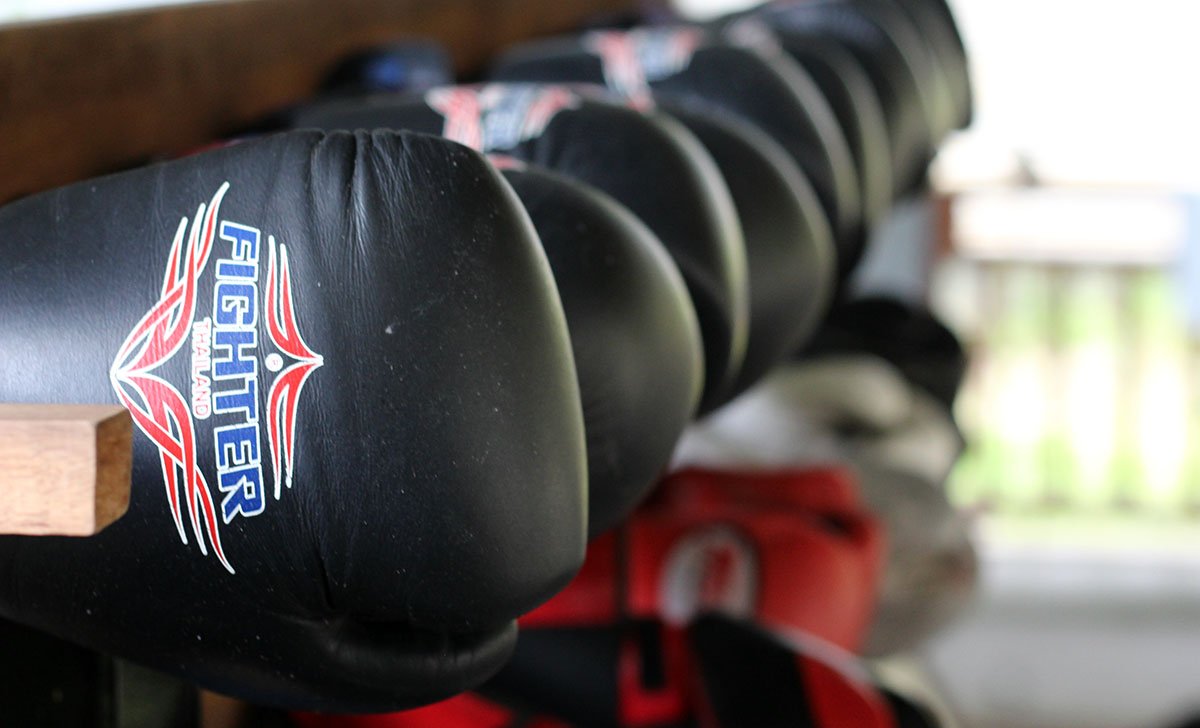