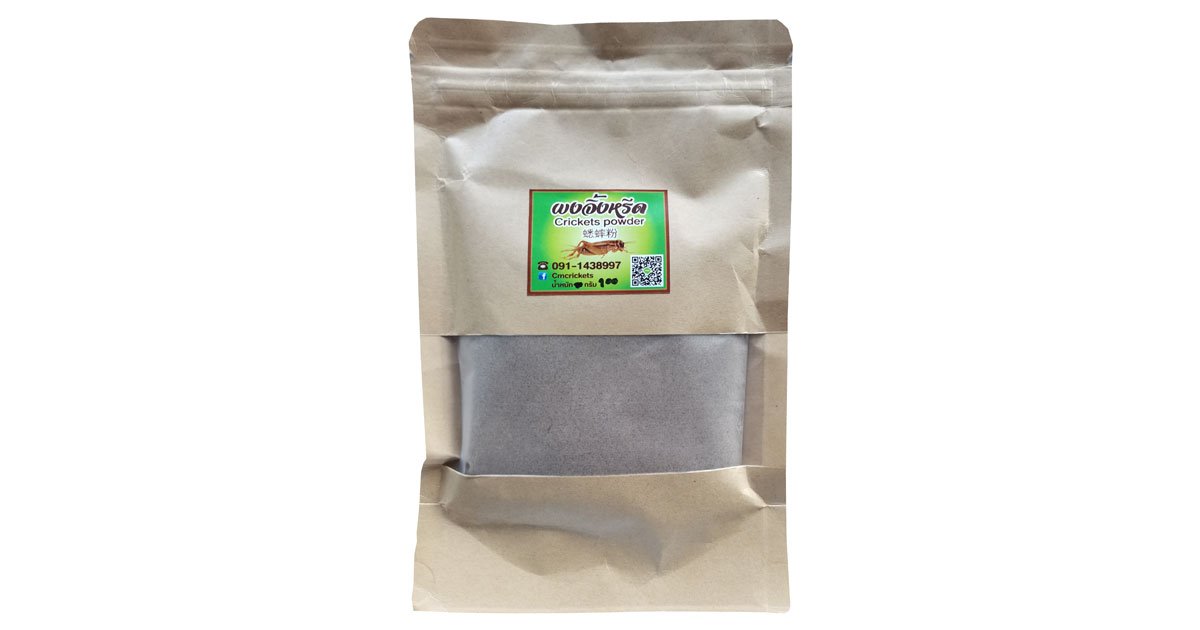 A nutritionally-dense superfood which tastes better than you might imagine.

Crickets are rich with a lot of nutrients that our body needs and eating crickets gives a nutritional punch that compares well against more traditional foods. 100 grams of cricket has more calcium than the same amount of milk, more fiber than 100 grams of green beans, and more than three times the iron present in Popeye’s favorite food, spinach. A cricket a day may not keep the doctor away, but it sure is an efficient way to maintain a healthy body!

Crickets have a bit of a nutty, smokey and earthy taste to it. Some compare the taste to umami, while others resemble the taste to sunflower seeds & oil. This powder has a mild taste which mixes well into a shake and can be sprinkled on top of yogurt or fruit to up nutritional value while adding a pleasing texture and almost a nutty flavor.

A Brief History of Crickets as Food

Even though it’s a less common food and protein source in western societies, humans actually have been eating insects for thousands of years, probably even since the beginning of the first homo sapiens walking our earth.

The practice of eating insects is commonly known as ”Entomophagy” and through certain parts of our world we can still find them being consumed. Mostly in: Asia, Africa, South America, Australia and New Zealand. Actually, around 75 – 80% of the world still eat insects on a daily basis but many western countries do not include insects into their diets. In the western culture, insects are mostly seen as a pest and not a source of food. In modern days, westerners became more interested in larger animals such as cows and pigs, which require much more resources to allow them to grow. A healthy cattle will need a lot of free space to roam, they consume a lot of food and need vast quantities of water and land. This type of farming is responsible for a high amount of deforestation around the world, which is an absolute disaster when looking at the effects on climate change, sedimentation and erosion.

Insects such as crickets on the other hand, barely take up any space, breed quickly and require very few resources to cultivate into a sustainable food product. Insects are usually high in nutrients including calcium, zinc, and omega-3 fatty acids. They are also low in cholesterol compared to beef, chicken or pork.

Many Western restaurants have begun incorporating insects into their menus. The Grub Kitchen in the United Kingdom specializes in insect-orientated meals. There are already edible insects for sale on sites such as Alibaba, Amazon and Lazada.

Many people have become vegetarians because they object to the way livestock is treated and slaughtered. Eating insects allows people interested in animal welfare to obtain a great source of protein without harming an intelligent mammal like a cow or pig. It is estimated that the world’s food supply must double by 2050 to feed the world’s population.

Unfortunately, current farming practices in the West have reached maximum efficiency — they cannot improve their production capacity for large livestock.

Edible insects can be produced much more efficiently than large livestock and can help overcome any food shortages that the world may experience. To demonstrate this, consider the amount of feed required to create a kilogram of edible meat. It takes:

But the advantages of using insects as a food/protein source don’t stop there: 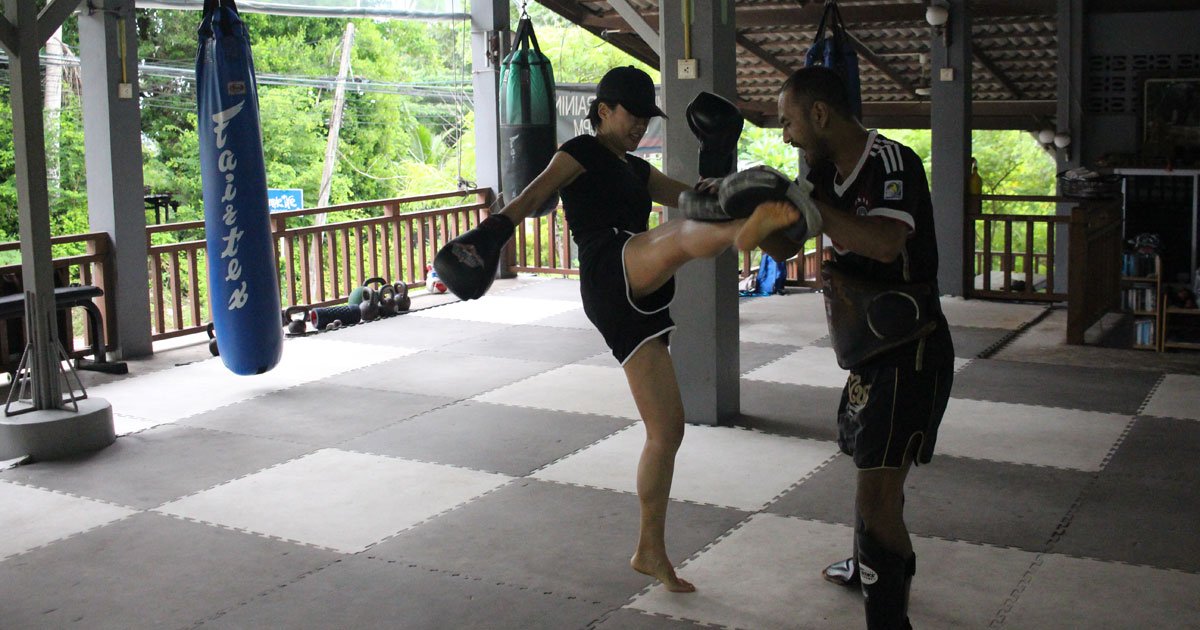 Have you ever tried eating a cricket or insect?

Eating fried crickets is not only common in South-East Asia, it’s also seen as a delicacy, a snack! Crickets and other various insects are actually low in calories and very high in protein, making it an extremely nutritious and healthy snack. Crickets which are called “jing reed” in Thai and are easily found all over Thailand with many of its cricket farms located in the Northeast of the country. These fried crickets are crunchy and have a flavor that resembles popcorn and nuts! If you buy untreated and uncooked raw crickets than make sure to follow these simple rules:

When visiting Thailand, you will easily find a huge variety of fried insects and crickets sold with different flavors by street vendors and a variety of different shops. Especially throughout tourist areas, even though the idea of eating a cricket might sound weird to the typical western traveler. Consider that you are on the other side of the world and the majority of flavors, culture and traditions will often be completely different and new from where the typical western traveler is from.

But even with western culture being different, that doesn’t mean that you won’t find cricket snacks in western countries. Actually, cricket flour is becoming more and more commonly used in a variety of food products all over the world because of the healthy benefits we get from eating crickets and insects in general. Because of the general stigma in eating crickets in its original form, many choose to create food products with the use of cricket flour. Most of what we produce today using flour can be made just as easily with. Examples? Pasta, bread, cookies, snacks (chips, nachos), smoothies, power bars and much much more! The big problem facing these types of products at the moment is the high cost of production, at this writing moment a pound of cricket flour can cost as much as 40 USD!

Where exactly can I buy fried crickets in Asia?

Fried crickets are a popular snack in Thailand and throughout South-East Asia, meaning you can find and buy it almost anywhere. You’ll find street vendors selling, 7/11s, supermarkets, night markets as well as in the touristic areas around Thailand. The cost of a bag is about 20 – 30 THB (.65-1.00 USD). Even with fried insects being delicious for some Thai people and foreigners, there are still some necessary precautions about eating fried insects served from street vendors, such as:

So Why Cricket Protein Powder?

Avoiding the issues derived from frying insects in oil, CM Cricket Protein Powder gives a clean way to consume the food. You can stay away from exposure to potentially low grade cooking oils and instead use the pure cricket protein powder in your own recipes.

In our opinion, the most convenient and tasty way to consume the cricket protein powder is to add it to a smoothie drink. The taste of the cricket powder isn’t overpowering, so combining the protein supplement into your favorite smoothies shouldn’t cause a significant change to the flavor profile. Makes a great post-training recovery shake to get quality nutrients back into your system. 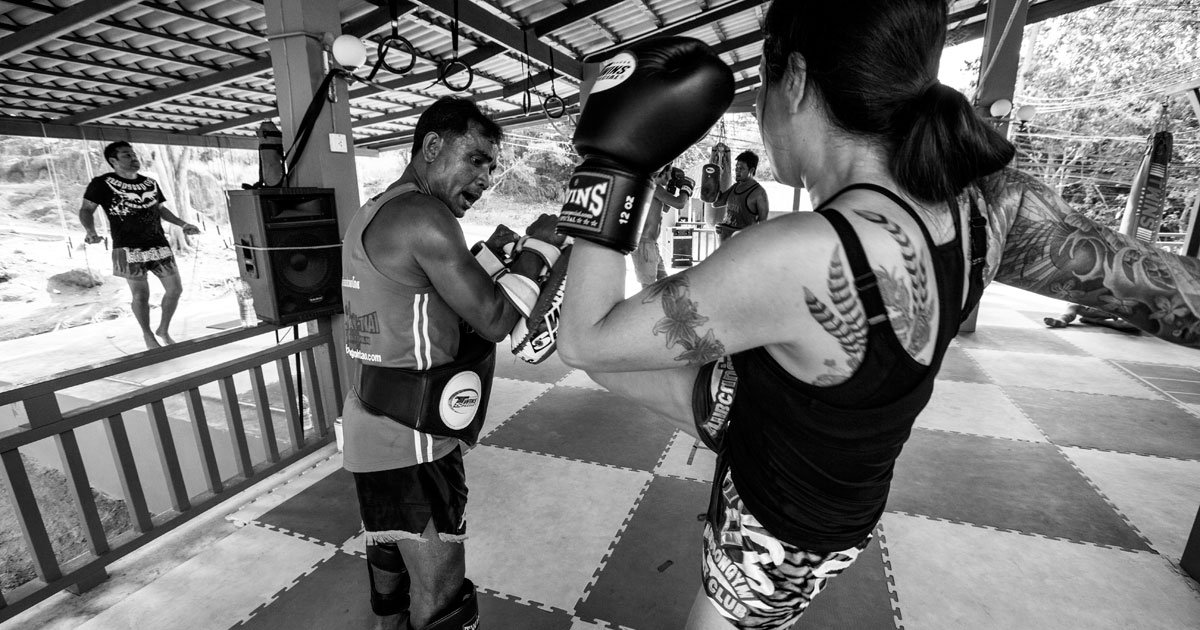 Are Insects Really a Superfood?

The nutrition facts do stack up in favor of insect based supplements:

After having used the cricket powder in a variety of ways, it is a versatile way to increase your nutrients. As a Boxing and Muay Thai trainer, I am happy to recommend this product. The taste is pleasing and the nutritional information available makes me believe that it is a viable supplemental addition to our diets.

Crickets are an awesome source of protein, fat, vitamins, minerals, fibers and can help benefit good gut health. Crickets are a much more environmentally friendly protein option than the typical animal based proteins like chicken and beef. Buy crickets ONLY from a trusted source as it may come with potential health risks such as allergic reactions and pathogen contaminations. 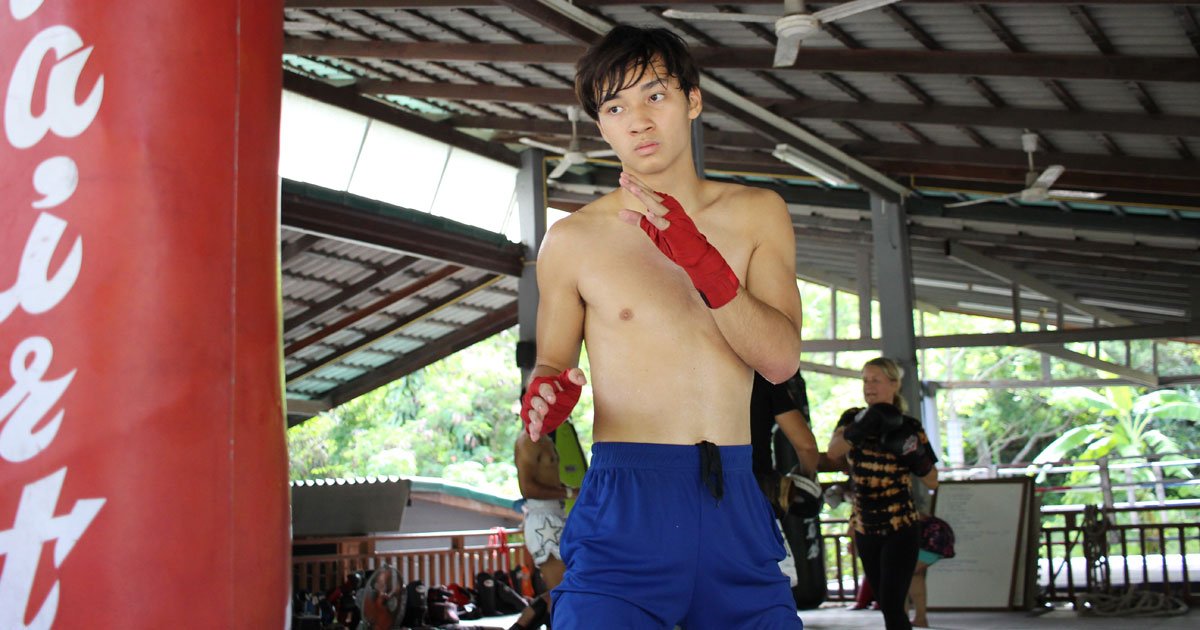